To answer this question, we do well in remembering what a certain virus taught us. When Covid-19 hit the European mainland about two years ago, few could predict the consequences. Strict lockdowns policies from Governments all around the globe were implemented to stop the spread of the virus. The average European citizen immediately had to adapt to new guidelines from the health authorities.

The new guidelines accelerated the use of digital payments for their convenience and lack of personal interaction. This change in everyday routines led to a revolutionary shift in the payment ecosystem in the world, and we are still just scraping the surface of it.

The world changed while we were all locked up in home offices. As stores, restaurants, schools, and other public places closed, we did what people always do: Adapt. More than ever we did our shopping online, and if we took the chances to step outside the door to shop we took every precaution not to touch anything and paid contactless. Digitalization surged, as the pandemic speeded the adoption of digital technologies by several years, as McKinsey puts it.

In some countries, we are on our way back to normality, but the changes to our habits are still with us. For instance, the way we pay: The rise in digital transactions is dramatic. In 2020, FIS studies show that global mobile wallet payments officially surpassed cash payments. This is a milestone in an industry that has a reputation for being conservative. In-store cash payments fell by over 50% in Norway and in Sweden during the first pandemic-year. In Norway, this drastic change led to the Norwegian Government reminding certain pharmacy stores that they still had to accept cash-based payment, after an older woman was denied paying in cash.

Statistics from EHI retail institute confirms that there are more card-based transactions than cash in today’s retail marked. Even Europe’s by far largest economy, Germany, long known as “the land of cash”, has transitioned from a largely cash-based economy to a card-based one.

According to a German general manager, George Hauer, Covid-19 has probably changed German payment behaviour faster than any single technology. Bitkom, Germany’s digital association, reports that more than 70 percent of Germans would like to use more digital and contactless payment options in the future.

The self-scan checkout terminals are a great way to reduce physical interactions between people and served the retail industry well during the pandemic. The obvious reason being that it allows the customers to scan their own products, reducing the number of interaction points.

In Scandinavia, where early technology adaption traditionally has been rapid, different forms of self-scan services have long been provided. In Oslo the self-service industry is blooming, and the retail industry had the largest shift into automation out of all industries accounted for.

The US news-service MarketWatch reported that the self-checkout systems market is expected to exceed more than 5 billion US dollars by 2024. It’s safe to say that the pandemic has accelerated trends in several industries. The demand for alternative payment solutions is higher than ever. That raises the question on which new innovative forms of payment are going to be the next mainstream.

The Scan Pay Go solution, developed by Fygi, makes payment easier and cheaper. The Scan Pay Go payment solution is a payment-method where the customer buys a product by using the phone to scan the barcode. The solution is easy to use, convenient and it reduces costs. About value added services, I save that for later.

During the pandemic Europeans have shown how incredibly adaptable they are. The adaption to the Scan Pay Go, the future of the retail industry, is happening right now.

And the consumers are ready for it. 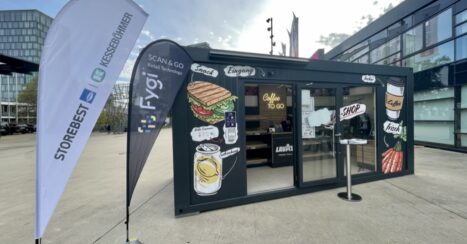 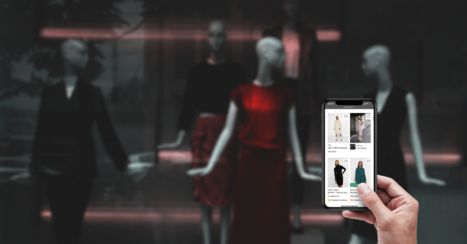 5 Reasons to Digitize the Customer Journey in Physical Retail

Over the past several years, there has been a lot of talk about the demise of physical retail. However, this narrative is inaccurate. While it is true that some traditional retailers have struggled in recent years, many others have been able to adapt and thrive in the new retail landscape. 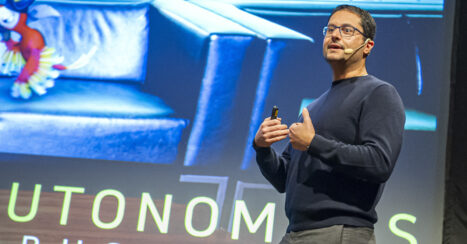 Book an introduction to Fygi

In just fifteen minutes, we can give you a comprehensive and commitment-free introduction into how Fygi works

This site uses cookies to tailor content and give you a better user experience using statistics and web analytics.

You can choose which cookies you allow us to use. Functional cookies cannot be removed, as these are necessary for the function of the website. You can read more about what this means in our privacy statement.