The world is moving fast now. Faster, in fact, than the Scan Pay Go industry is capable of communicating. The main weakness of how mobile-based self-service is communicated, is that it’s displayed simply as an extension of the Point of Sale (POS). As the New Way to Pay. This is not wrong of course, but it’s outdated and an understatement.

We will print a series of articles describing what one should expect from a Bring Your Own Device (BYOD) POS, such as Fygi Scan Pay Go, and the new shopping experiences it brings. As a player in the self-servicing market, the first thing we need to talk about is the elephant in the room: how to deal with theft.

Our competitors do not talk about theft. Despite the fact that theft is among the key concerns for many retailers considering self-service solutions, the supplier side does not address the issue. While participating at the EHI Technologie Tagen in Bonn, Germany some weeks back, I understood why.

Preciously few players in this market have any anti-theft measures embedded into their solutions at all. At Fygi, we have a four-stepped approach to this important question, the first of the steps being what we call Digital Anti-theft Prevention (DAP).

So, who are these new thieves?

People who are not originally inclined to steal or sneak items away from the check-out process, may start doing so when not feeling observed.

DAP makes users of Fygi Scan Pay Go feel that someone is watching them. And equally important, the consumer won’t feel bad about it. DAP is designed by the Oslo-based behavioral psychologists in Mindshift. The Mindshift psychology professionals are experts at preventing anti-social behavior, simply by pushing mental buttons that people are unaware of and didn’t know they had.

To create the desired effect, Fygi DAP emphasizes elements that payment technology has neglected up until now.

We take advantage of the cognitive dissonance in people, for instance the conflict between one’s moral values and planned bad actions.

Further, we play on the desire to follow social norms, which is especially effectful on the young audience. Positive reinforcement and reward-seeking always work, as does the prospect of punishment. Forced user actions increase commitment, especially in combination with negative reinforcement, which is to perform an action to avoid a negative outcome. Finally, we play on people’s predisposition to imitate others’ behavior, which we are all inclined to do.

All these psychological triggers are embedded in Fygi DAP, as the elements are displayed in the user interface of Fygi Scan Pay Go as an avatar communicating with the customer. DAP is a nice and polite digital shopping assistant that prevents the new casual, non-professional potential wrong-doer from anti-social behavior. This works simply because DAP creates empathetic emotions in the customer towards the shop, so stealing causes personal discomfort.

No two retailers are the same, and the companies working with Fygi can expect us to propose a tailored set of anti-theft measures from our bank of psychological triggers. The customer group of the retailer tells us which initiatives are the most efficient.

The next release in our article series describing what to expect from a BYOD POS, discusses anti-theft, too. Then I will tell you about hybrid retail and how we will redefine the in-store check-out process.

You should not miss that article. The market has never seen anything like it (NOT an exaggeration). 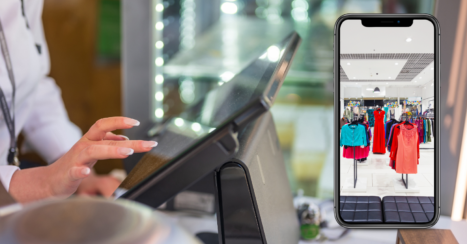 The retail walk-out solution that does not alienate the nostalgics

Few retail concepts have earned more attention than AmazonGo. First introduced in 2017, the seamless walk-out solution seemed capable of revolutionizing physical shopping. The world was in awe, and Amazon boasted it’s plans to establish 3.000 concept stores in the USA by the end of 2021. As we speak, they have completed 30. 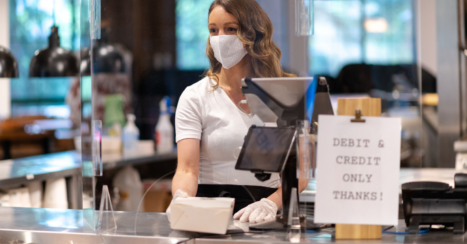 When we introduce Scan Pay Go to retailers for the first time, they often ask if the consumers are ready for the solution and if they will understand it. Retailers agree that Scan Pay Go is a thing for the future, but do we really need it now? 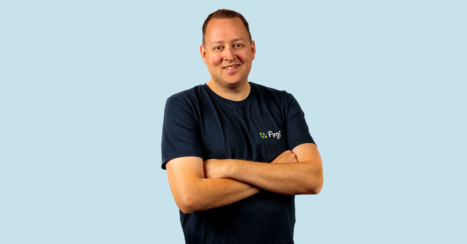 Having a smart anti-theft system is a prerequisite for retailing self-service goods. We are now developing FygiEye, a device that offers theftproof self-service without large hardware installations.

Book an introduction to Fygi

In just fifteen minutes, we can give you a comprehensive and commitment-free introduction into how Fygi works

This site uses cookies to tailor content and give you a better user experience using statistics and web analytics.

You can choose which cookies you allow us to use. Functional cookies cannot be removed, as these are necessary for the function of the website. You can read more about what this means in our privacy statement.